Although it may not appear to be possible, a low-cost bathroom remodel is entirely feasible. According to popular home remodeling culture, bathroom remodels must cost five figures and everything must be ripped out and replaced. But resisting that notion is the first step toward bringing rocketing bathroom to remodel costs back down to earth.

Bathrooms get a lot of use and even some abuse so they’re always prime candidates for redecorating projects. A complete bathroom renovation can be quite costly as the latest and greatest fixtures, amenities and accessories can be very expensive. But you can pull off a low-cost bathroom makeover by changing just a few things and leaving the bones as they are.

Use a combination of the following bathroom makeover suggestions to make a big difference that won’t be a big financial burden.

Bathrooms are often the smallest rooms in the house, which means that doing some renovations can be less expensive when compared to other rooms in the house. Flooring is one of those renovations that make a huge difference and it’s less expensive to put new flooring into the bathroom than many other rooms of the house. There are also new inexpensive options for flooring, such as peel and stick linoleum which looks great and is very cost-effective and simple to do yourself. If you’re willing to tackle a bigger project, but one that is manageable then attempt a DIY tiling project and you’ll be very pleasantly surprised with the results.

Repainting a bathroom is very cheap and easy and instantly changes the appearance of a home. There are other ways to change color in a bathroom as well. Look at the accessories that currently adorn the bathroom and replace them with new ones that are a very different color, something that you’ll notice immediately. Just this simple step can be totally transformative.

Consider total bathtub replacement to be your last option, at least in terms of cost savings. Try relining or refinishing instead. Bathtub and shower refinishing is an excellent example of the adage “Repair and retain rather than remove.” You can refinish your shower or bathtub if the issue is primarily cosmetic, such as a yellowed surface and some cracks and nicks. Bathtub and shower liners, while never a permanent solution, are not as inexpensive as they appear. Liners, which require professional installation, will last for a few years. Bathtub refinishing, on the other hand, is less expensive and often looks better.

Lighting is typically ignored and it should never be. By using the most effective lighting for your environment you’ll not only save money but create the best atmosphere possible. Also, today’s newest lighting trends are leaning toward unique lighting fixtures and even unusually shaped light bulbs. Make the lighting in your bathroom important, even installing a simple dimmer switch for a shower and tub lighting can make bath time more relaxing.

In most houses clutter just accumulates after time. At first, it’s one little jar of lotion and then suddenly it’s a mess of stuff you didn’t realize was taking over. Remove all of the clutter and find some new storage options that keep your supplies close at hand but neatly organized. This decluttering of the home, no matter what the room, instantly freshens up space, makes it look cleaner and roomier. It’s one of those things that people will notice the difference but maybe not know what it is that makes it look different.

By using a few of these low-cost bathroom makeover ideas you can create an entirely new-looking bathroom in just a few days and with just a few dollars. 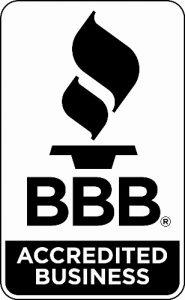 Everyone was friendly  and it shows in the quality of the work. After hearing stories from my friends, only now do I realize how lucky I was to have gone with them. I would like to wholeheartedly recommend  Central Texas Remodeling to anyone looking  begin kitchen or bathroom renovations. They are an amazing team who deliver beautiful work.  – Art M. Hook-n-Haul Dumpsters Austin TX

Thank you for your attention to the seemingly endless details of our project. We are very happy that we decided to work with Central Texas Remodeling! The level of communication you provide is as impressive as the high quality work. We are complimented by anyone who sees your work and are recommending you to several of our friends and family. – Carrie and Jim, Dripping Springs TX

I wanted to let you all to know that we not only will whole-heartily recommend you when the occasion arises, but, in addition, you will be our first and only choice for our own future work on the house. By the way, our friends and neighbors have been duly impressed with our “new home,” and that, too, is a source of  great satisfaction to us. -The Hamptons, Austin TX